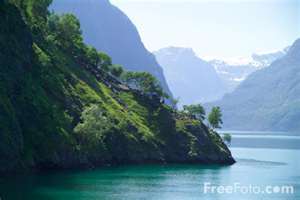 Whether you want to view spectacular scenery of Norwegian fjords, sample the culture of Norway's cities and coastal villages, or experience crossing the Arctic Circle, this could be a great year to visit Norway.

Cruise Norway is forecasting at least 2.4 million visitors in 2012, a forecast that reflects a 30 percent increase from 2011.


The season stared in February with six winter cruises from the United Kingdom, making a total of 40 calls at Norwegian ports in February and March.
This year, the port of Bergen will have the most calls with 334; followed by Geiranger 199, Oslo, 176; Stavanger, 166; Flåm 150, North Cape, 111; and Ålesund and Tromso, 108.
The biggest increase is coming from Royal Caribbean which will be calling 123 times in 2012, compared with 34 times in 2011. It appears that cruisers who have visited Mediterranean and other popular European ports are looking for new adventures and destinations to explore.
In 2011, 151,000 of the passengers were Germans, while 115,000 were from the UK, as the second single largest market; followed by 46,000 from the U.S. The average ship to the Fjords and North of Norway carried 1,326 passengers. 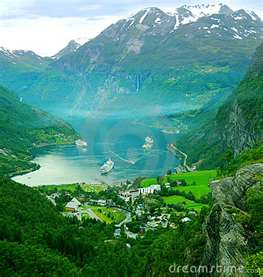 This summer, both Oslo and Trondheim will serve as turnaround ports: Royal Caribbean will sail from Oslo, sourcing some passengers in Norway, and Pullmantur will be sailing from Trondheim with Spanish passengers.
A variety of options are available from various cruise lines.
www.cruise-norway.no

Posted by Beverly Burmeier at 7:36 AM No comments:

Celebrate special events of the past century during 2012

Whether you’re a history buff or pop culture afficianado, 2012 offers numerous opportunities to celebrate the centennial year of eventful happenings from our past—with a look to the future. You can build a trip around any of these special anniversaries and learn about times past while enjoying the present.

Posted by Beverly Burmeier at 7:44 AM No comments: 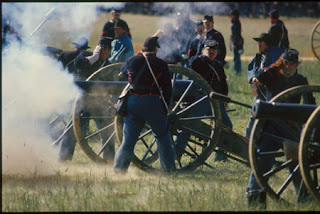 Tennessee’s ShilohNational Military Park, a masterpiece of Civil War interpretation and preservation, will hold the 150th commemoration of its strategic battle during a series of events taking place March 29-April 8.

The state’s 2012 Sesquicentennial Signature Event: “Invasions by Rail and River: The Battle of Shiloh” will be held April 4-5 at Pickwick Landing State Park in Pickwick Dam. This event begins with the Looking Back project hosted by Tennessee State Library & Archives. There will documentary The Story of Shiloh: Fiery Trial will premier at 7 p.m. on April 4. 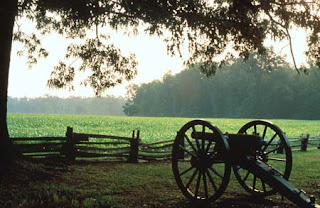 Official Opening Ceremony will take place at April 5 will kick off with the firing of an official Shiloh cannon at Pickwick Landing State Park. Other features include a forum with America’s foremost historians on the battle of Shiloh, living history demonstrations, a special Sesquicentennial Civil War exhibit offering rare and unique artifacts from the Battle of Shiloh, and a musical performance by The 52nd Regimental String Band.

A highlight will commemorate the Battle of Shiloh with a "Grand Illumination" on the evening of April 7. Luminaries will be placed around the battlefield representing the 23,746 killed, wounded or missing at Shiloh. Other special activities taking place April 6-8 including special ranger led hikes at the corresponding time and place--150 years later. For more information visit www.nps.gov/shil/shiloh-150th-anniversary.html. 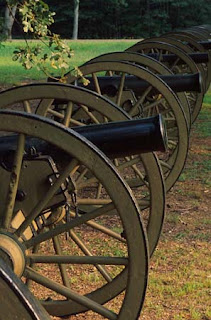 Other events on March 29-31 are two reenactments that will feature more than 6,000 re-enactors and more than 100 cannons. The action will unfold during these locally organized reenactment events coordinated and sponsored by The Armies of Tennessee and the Blue-Gray Alliance. The Armies of Tennessee reenactment will feature a march to Shiloh from Mississippi. The Blue-Gray Alliance reenactment will transport soldiers by rail and river, as they were 150 years ago, directly into the battle.

The Signature Event is free and open to the public. For a complete agenda, visit www.tncivilwar150.com

Posted by Beverly Burmeier at 6:30 AM No comments:

Branson Airport (BKG) announces seasonal nonstop service to and from Austin, Texas (AUS) beginning May 10. These flights are marketed as public charter flights by Branson AirExpress and operated by Corporate Flight Management (CFM).


The new non-stop service will operate on Wednesday, Friday, Saturday and Sunday from Austin. This service will allow passengers to easily visit Branson, which offers more than 100 shows, several thrilling attractions, 3 pristine lakes, beautiful golf courses, and plenty of shopping. Branson claims to be the Live Music Show Capital of the world and shares many of the same entertainment vibes as Austin.
Allen Howell, CEO of CFM, stated “We are proud to support the Branson community and look forward to bringing air service to Branson, especially in light of the recent tornadoes.”
“Austin was a strong market last year and the synergies that exist between Branson and Austin are fantastic,” states Branson Airport Executive Director, Jeff Bourk. “The joint venture between these cities, as well as Branson AirExpress and CFM, allows us to offer low fares and continued convenience for passengers getting to and from Branson, Missouri. “
Branson AirExpress will offer $99 introductory fares to and from Austin through March 14th. For tickets, call toll free 1-888-FLY-BKG1 (1-888-359-2541) or visit www.BransonAirExpress.com  Book seven days prior to travel for the sale fare; fee for first checked bag is $20.
About Branson Airport
Opening in May 2009, Branson Airport LLC is the first privately developed and operated commercial service airport in the United States. The airport is served by AirTran Airways, Frontier Airlines and Branson AirExpress. Located in the heart of the Ozarks and centrally located in the Midwest, the airport also offers a full service travel agency and public charter operator, FlyBranson Travel LLC. For more information on Branson Airport LLC and any of its subsidiaries, visit www.FlyBranson.com
Update on tornado recovery 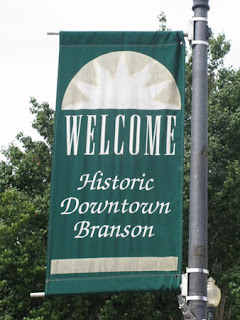 An EF-2 tornado touched down in Branson in the early morning hours of February 29, 2012. There were no fatalities in the Branson/Lakes area, although several minor injuries and significant property damage occurred.
In anticipation of the busy spring break season, recovery and rebuilding efforts continue rapidly, with many of the affected businesses reopening or scheduled to reopen in the coming days. “I’m so impressed with the determination to recover and get back to business for our citizens and guests,” says Dean Kruithof, Branson’s City Administrator.


Most of the storm damage to commercial areas was in localized sections of W 76 Country Boulevard (also known as the world famous “Branson Strip”) and the Branson Convention Center area. W 76 reopened to traffic on March 1, and visitors are traveling to and from attractions, shows and restaurants with only infrequent restricted access to certain sections.
Silver Dollar City, TITANIC Museum, and other major attractions are operating on schedule. Only two theaters of 50 had to delay performances after the storm, and only 22 of 200 hotels sustained damage. The city is open for business and eagerly welcoming visitors.

Read more travel articles at Striped Pot and Austin Adventure Travel
Posted by Beverly Burmeier at 7:27 AM No comments:

April 12, 2012 marks a hundred years since the Titanic sailed and sank, but people are still fascinated by its fateful story. About every 10 years a new movie comes out telling the tale or a documentary dredges up additional information about the event.  So it’s no surprise that a new museum will open in Belfast, Northern Ireland, city where the ship was built and launched, on the centennial anniversary of Titanic’s doomed voyage.


To commemorate the importance of this historic event, as well as celebrate the city’s industrial and maritime heritage, the private TitanicFoundation Ltd. is completing a project of epic proportions—a $126.5 million complex set to open March 31, 2012. This project, which beganin May 2009, is expected to be Belfast’s premier tourist attraction. If you visit Ireland this year—or in the future—be sure to put the museum on your itinerary.
During a visit last summer, I was privileged to see architectural drawings and take a hard- hat tour of the construction area located in the heart of the Titanic Quarter on the actual site where Harlan and Wolff Shipbuilders created the amazing ship. The iconic six-story silver building takes the shape of a ship’s bow, with the gleaming front resembling the Titanic as it stood in the boatyard.

Nine galleries on four floors will take visitors through time beginning with Boomtown Belfast (shipbuilding was a big part of Belfast’s economy--at one time the hope of Belfast’s working class) up to present day video footage of the Titanic at rest at the bottom of the ocean.

The museum is intended to be a destination where people linger as they hear stories of the ship, its design and construction, and the people who built it. One rusty wall of the building resembles the side of the ship, and blueprints on the wall will give visitors an exclusive look at building details.

Using a variety of techniques including photographs, video, actors, computer generated images, authentic sounds, and an educational dark ride, Foundation engineers have designed the museum that allows visitors to feel they’re in the ship as it was being built.


Stories of the 63-second launch, people traveling on theTitanic, and the sinking are told using interactive technologies, while audio from survivors provides poignant details of the event. Myths and legends are explained in an interactive true/false touch-screen format.
A two and a half acre plaza around the ship forms a map of the world, enabling visitors to trace the planned route of the Titanic. A replica of the Grand Staircase on the stage of the Ocean Exploration Centre Banquet Hall, a facility that holds up to 1000 people for special events, provides a stunning visual showcasing the ship’s elegance.

Buy tickets to the museum online at www.titanicbelfast.com. Read about four Titanic museums in the U. S. at http://stripedpot.com/2012/03/10/titanic-centennial-is-commemorated-in-u-s-museums/

Posted by Beverly Burmeier at 2:44 PM No comments:

Posted by Beverly Burmeier at 8:05 AM No comments: