An island holiday is one of the most festive ways to celebrate the season--and a great excuse for a weekend getaway to the best beach in Texas.
Special events on South Padre Island include a tree lighting ceremony followed by a Christmas parade down Padre Boulevard, a lighted boat parade, breakfast with Santa, and its well-known  holiday-themed sandcastle village.

November 25th - The Holiday Sandcastle Village opens with unique holiday sand sculptures built by incredibly talented sand artists. Santa’s sandy Christmas throne, a Sand Snowman, and more will be part of this exhibit, complete with a lighted musical performance. Located near Louie’s Backyard and Gravity Park and open through January 13th, the scene will be perfect for your unique Christmas card photo. Free for the public.

December 6th - Tree Lighting Ceremony and Annual Christmas Parade is an Island tradition. Join residents and visitors alike for this fun-filled event on the steps of City Hall, then stay for the parade. Hosted by the City of South Padre Island Parks and Keep SPI Beautiful Committee, the parade takes place immediately following the tree lighting. Filled with lighted floats, special guests, and live music, it’s festive fun and free to the public.

December 7th - The Annual Lighted Boat Parade will launch from South Point Marina in Port Isabel, lighting up the bay with holiday spirit. Boats of all shapes and sizes will be decked from stem to stern starting at 6 p.m. with judging taking place at Jim’s Pier. Don’t miss this free event.

December 8th - Have breakfast with Santa himself at the Hilton Garden Inn from 9 am to 11 am. This annual event is an opportunity for kids to put in a good word with Santa.

If you have seen the Indiana Jones action movie Raiders of the Lost Ark, you have glimpsed ancient Petra.

But it’s much more than a movie set, as Larry and I discovered when we visited Petra, Jordan. Centuries of historical significance and impressive architectural engineering are the reasons this ancient city was named a UNESCO World Heritage Site in 2007.
When did Petra come into existence?

Built by the semi-nomadic Nabatean tribe, Petra is one of the most famous archaeological sites in the world. Located in southwest Jordan, it was the capital of the Nabatean kingdom around the first century B.C.

It was considered an important strategic location linking the Arabian Peninsula to the south and the Levant in the north to faraway China and Europe. As such, Petra grew rich through trade in frankincense, myrrh, and spices. It thrived until a large earthquake in the fourth century A.D. destroyed much of the city.

By the middle of the seventh century Petra was largely deserted. Only local Bedouins inhabited the area. After Swiss explorer Johannes Burckhardt rediscovered Petra in 1812, people began to recognize its beauty. Today it is Jordan’s most visited landmark.

Petra is called the Rose City because of the colorful mountain rock from which its structures were carved. Wandering through its dirt streets, we could easily see why Petra was designated one of the Seven Wonders of the World in 2007 and why Smithsonian Magazine named Petra as one of the 28 places in the world you should see before you die. There’s simply no other place that it can be compared to.

The ancient city is built on a terrace divided from east to west by the Wadi Musa (Valley of Moses, where the Israelite leader struck a rock and water gushed out). Today visitors see the remains of its massive buildings carved directly into brilliantly colored sandstone cliffs.

These amazing carvings are accessed through a narrow canyon called The Siq. Visitors must walk about a mile on this gateway road to enter Petra, but the views through the gorge are so dramatic that it doesn’t seem long at all. Cliffs in shades of red, purple, yellow, and tan are reminiscent of the thriving spice trades which helped Petra to prosper eons ago. These cliffs also hold many carvings and relics from ancient times.

One thing we learned quickly when walking on the Siq was to watch out for carts pulled by anxious horses. Intended to help mobility-challenged visitors get to the Treasury, the horses trotted at a rapid pace through the narrow passages—and they could easily run you over if you didn’t move out of the way!

Arriving at the end of the Siq we truly gasped as a sliver of the intricately carved Treasury came into view between tall rock walls. Called Al Khazna, this two story masterpiece is carved into the side of the mountain. Topped by a beautiful urn, which legend says conceals a pharaoh’s treasure, the Treasury is intricately decorated with Corinthian capitals, friezes, figures, and more.

Consisting of three chambers, the elaborate façade represents engineering genius. The Nabateans were very skillful builders who devised a plan to work from the top down, slicing off huge slabs of stone as sections were finished. This formed scaffolding for the masons to stand on as they proceeded to carve out the lower levels.
Other magnificent structures in the ancient city include a theater, Royal tombs, sacrificial sites, a church, the Colonnaded Street (main shopping area of ancient Petra), the Lion Triclinium, a Monastery (an additional three-mile walk), and more.
Larry and I spent several hours dodging camels and exploring many of the intricate facades that are sculpted into the sandstone cliffs. We walked about six miles that morning in an attempt to cover as much of the incredible site as possible before our late lunch. The memories made a lasting impression of this unique destination.

Is a trip to Cuba on your bucket list?

Do you think it may be out of the question now that stricter rules are in place for American tourists?
Not only is travel to Cuba possible, but it is easier than ever since InsightCuba, the leading provider of legal travel to Cuba, introduced free flights from Miami to Havana.

Effective immediately, president Tom Popper says InsightCuba has decided to add air without raising tour prices in order to bring much-needed attention to that destination. “Despite the Administration’s policy changes over the past two years, traveling to Cuba not only remains legal but is still easier than it was a few short years ago,” Popper says. “And now it’s even more affordable,” he adds.

Certain restrictions still apply, but an experienced tour operator like InSight can guide you on finding the right group tour or custom trip to allow for your best experience in Cuba.

Complimentary air is available on most InsightCuba tours including the 10-day Undiscovered Cuba, 7-day Classic Cuba, 6-day Legendary Cuba, and the popular 4-day Weekend in Havana. Custom-made tours are available with dates till the end of 2020.

Air-inclusive packages include roundtrip air from Miami to Havana on scheduled service as well as the Cuban visa. Undiscovered Cuba will include roundtrip air via charter flight from Miami to Havana and Holguin to Miami and also includes Cuban visas.
Popper says InsightCuba tour itineraries and experiences remain unaffected by policy changes. “Next year is our 20th year providing legal travel to Cuba for Americans, and we look forward to providing this incredible opportunity for Americans for another 20.”

While other U.S. companies provide tours for Americans to Cuba, Insight is the first to offer complimentary flights with their tours.

Note: I have not personally traveled with Insight, but having been to Cuba six years ago, I encourage Americans to consider this destination. You’ll learn so much about this fascinating country and its people than you would never expect. Travel there will most likely change many of your perceptions about this once-forbidden island that is only 90 miles from the U.S.

What you need to know before driving in a foreign country

Driving in a foreign country can be an easy way to get from one destination to another—and on your own time schedule.
For most Americans traveling in a foreign country, the choice to drive means renting a car. However, not all countries consider a U.S. driver’s license sufficient for driving there. You may be required to get an International Driving Permit (IDP) in order to rent a car. Basically, it acts as a translation of a driver’s license providing important data, so the holder may drive a private vehicle in any country or jurisdiction that recognizes the document. It is not a regular driver’s license. 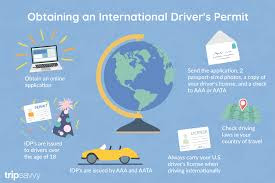 Since an IDP contains your name, photo, and other driver information translated into at least the 10 most widely spoken languages, it can help you avoid problems if you are in need of identification or assistance from local police or other authorities in a country where English isn’t the main language. As a United Nations regulated travel document, an IDP can make foreign travel easier and safer. That’s a good preventive reason to have an IDP before you drive in any of more than 150 countries that accept the IDP document. 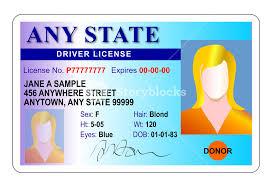 How to get an IDP


You must be at least 18 years old and have a current driver’s license from your home state before applying for an IDP. You’ll still need to take your U.S. driver’s license along, as the IDP is only valid when accompanied by your U. S. license. You’ll also need to have your passport in your possession at the same time. 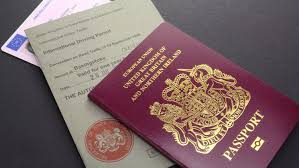 If applying by mail, you’ll need to send in a photocopy of both sides of your driver’s license. You’ll need to complete an application, include two original passport-size photos with your signature on the back, and pay the application fee, which may run between $20-30. The IDP is valid for up to three years, but it can’t be used for more than one year in the same country. If you plan to stay in a country longer, you must apply for a local driving permit. 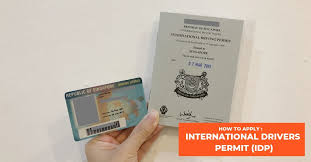 Obtain an application at any AAA (AmericanAutomobile Association) full-service location and apply in person or by mail (may require up to 10 days). Or apply online to an organization such as AATA(American Automobile Touring Alliance) and get a digital version of IDP in as little as two hours. Find a list of countries that accept the IDP at international-permit.com.
Although an IDP is not required if you are driving your own vehicle into Canada or Mexico, don’t forget to get Mexico liability auto insurance since U.S. liability is invalid in Mexico. U.S. auto insurance also may not meet minimum requirements of other countries, but you can usually buy additional insurance in the U.S. or in your destination country if needed. Check with your insurance company and the U.S. consulate of the country you are visiting beforehand.