Best places for a family reunion


Time to get the clan together? It’s not always easy to find a place that’s suitable for a variety of ages and interests. If you’re planning a reunion that encompasses several generations, one of these locations might be just what you’re looking for. Branson, Missouri

Known as the “Live Music Show Capital of the World,” Branson can provide world-class entertainment (it’s not all music) for the whole family. With 52 live performance theaters, the hardest part will be choosing which shows to attend.

Nestled in the Ozark Mountains, this all-American vacation destination also has three pristine lakes for fishing and relaxing, 12 championship golf courses, an award-winning theme park (Silver Dollar City), and dozens of attractions and museums including the acclaimed Titanic Museum.

There’s a full range of shopping on The Branson Landing in the heart of downtown on Lake Taneycomo, with waterfront dining and whimsical light shows at night. 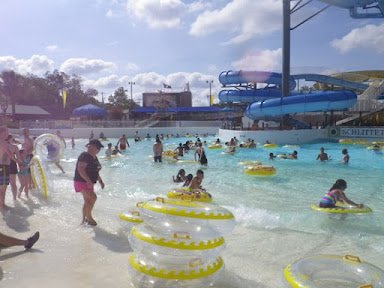 The wave pool is fun for all ages--with plenty of funky rides for the brave.
Home of Schlitterbahn, the largest and most creative water park in the world, New Braunfels is the perfect destination for families that crave excitement. From toddler wade pools to simple water slides inside a castle-like tower to some of the fastest, scariest, and funest (yes, that’s a word) rides, there’s something exciting for every member of the family.

When not blasting down a variety of water rides, you can visit Natural Bridge Caverns, a family-friendly experience with incredible views of underground formations plus a ropes course, zipline, and mining adventure keep kids busy for hours. Enjoy delicious German food and dance to polka bands scattered throughout New Braunfels.

Weddings are wonderful occasions for families to get together, why not plan an extended vacation at Gatlinburg, Wedding Capital of the South? Scenic mountains, whitewater rafting, ziplining, golf, and fishing—not to mention proximity to Great Smokey Mountain National Park, the most visited national park in the country—make Gatlinburg as excellent destination for special events. Its small town charm belies amenities like a world-class aquarium and a Space Needle observation tower. Other destinations that multiple generations would enjoy include Gulf Shores, Alabama and Rosemary Beach, Florida—ideal places to dig your toes into soft sand. Both are located on the protected waters of the Gulf of Mexico. If your group prefers mountains, head west to Rocky Mountain National Park. YMCA of the Rockies in Estes Park, Colorado specializes in accommodating large family groups.

Scenic trails through the redwoods of California 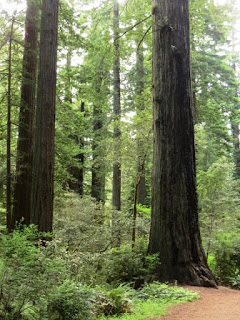 Lady bird Johnson, former First Lady of the United States, was well-known as a champion of wildflowers and beautiful landscapes in Texas, but she is also remembered for her activism in the redwoods of California.

Lady Bird Johnson Grove Trail in Redwoods National Park goes through a stand of old-growth redwoods to the spot where the former First Lady dedicated the national park in 1968. Located about three miles north of Orick, California on US 101, the former logging trail—short and easy to walk-- provides visitors with outstanding views of the tallest tree species in the world. 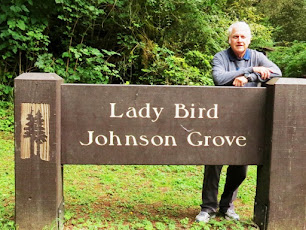 A wilderness of giants hugs the 40-mile stretch of coastline from Orick to Crescent City, California. Scenic drives encompass redwood forests in three state parks.  Wayside exhibits along the Newton B. Drury Scenic Parkway, the original Redwood Highway, commemorate this historic route through the heart of the old-growth redwood forest. 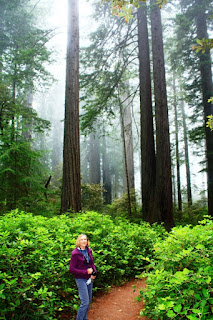 At Prairie Creek Redwoods State Park, six miles south of Orick, you may spot wildlife including Roosevelt elk. Although Prairie Creek has earned the name of “Elk Prairie,” it’s possible to see Roosevelt elk in any open landscape in the parks. 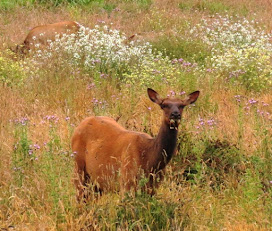 Sixty miles further south is the iconic Avenue of the Giants, a 32-mile drive through Humboldt Redwoods State Park on old Hwy 101. An auto tour brochure includes a map with numbered stops where visitors can walk short trails like popular Founders Grove. But it’s easy to admire magnificent redwoods from the car since the road skims beside many of these enormous trees. Enjoy another view of the scenery with a picnic in the shadow of redwoods at Williams Cove above the Eel River. 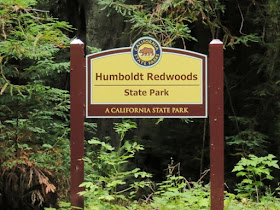 For a unique perspective that illustrates the scale of these giants, check out drive-through trees along US 101 in Klamath, Myers Flat, and Legget, California. While fascinating, the practice of carving a hole through a tree harks back to a time when we didn’t appreciate the forest’s role in the environment and the significance of protecting it. 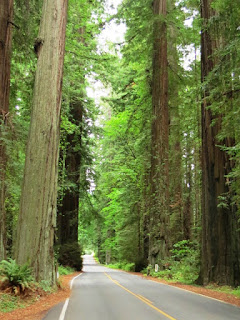 The ancient redwood forest ecosystem is so large that it is preserved by both the National Park Service and California State Parks, organizations working cooperatively to manage their contiguous park lands. Whether you’re traveling through a national or state park, it’s easy to become overwhelmed by the sheer size of the trees and magnitude of the ancient forest lands.

A version of this article by Beverly Burmeier was originally published in Texas Journey.

Posted by Beverly Burmeier at 2:36 PM No comments:

Getting to Easter Island, a speck in the middle of the Pacific Ocean requires determination. It’s the farthest island from any populated land on the planet—the most remote inhabited island in the world. And that’s a large part of the attraction.

Also called Rapa Nui, Easter Island is a five-hour airplane ride from Santiago, Chile. But once there, you’ll find plenty to do and like about the island. Plan on staying 3-5 nights.

Here are six reasons to put this tiny, remote island on your bucket list:

·       See Ahu Tongariki, the largest ceremonial structure on the island, with 15 moai (ancient stone sculptures) still standing on the original platform. At least 288 of these moai once circled the island in an almost unbroken line. Nearly all are carved from volcanic ash and are believed to represent ancestors of the original inhabitants.

·         Stand on the edge of a volcano. Rano Kau volcano is located in the World Heritage Site of Rapa Nui National Park. Look down into its impressive crater; then take in panoramic views of the sea and surrounding area where ancients held ceremonial festivals.

·         Sunbathe at a sandy beach in the shadow of one of the finest cultural sites on the island. Ahu Nau Nau, which overlooks the Pacific Ocean from a small hill, features moai that had been buried under sand and are remarkably well preserved as a result.

·         Visit the quarry where much of the stone used in carving the moais came from. See original statues in various stages of completion, and marvel at the ingenuity of the natives who moved these massive structures to other parts of the island.

·         Stay at Explora Rapa Nui, an all-inclusive resort where one of the amenities includes guides planning and leading daily activities tailored to each visitor’s interests and abilities.

In addition to hikes, we explored caves, sipped champagne while watching waves crash on the rugged coastline, dined on fabulous meals, relaxed at the pool, and ventured into the town of Hanga Roa to see ancient artifacts in the museum and attend a show featuring native dancers.

If you travel anywhere near Chile, consider adding Easter Island to your journey. Especially in Covid times, this fascinating destination is perfect for exploring outside at safe distances.

Posted by Beverly Burmeier at 9:36 AM No comments: