When exploring coastal zones of Olympic National Park a great place to stay is Kalaloch Lodge, located just off U.S. 101 at the southern border of the park’s coastal strip.
This rustic lodge is situated on a bluff above the Pacific Ocean and offers excellent views of and easy access to pristine Kalaloch beach—as well as other beaches with numbers instead of names. Nearby you’ll find a marine sanctuary, miles of hiking trails, and the lush, temperate Hoh Rainforest that makes the Olympic Peninsula so special.

Kalaloch's Main Lodge is a legend in its own right. Built almost a century ago with lumber milled from driftwood logs that washed up on the beaches near Kalaloch Creek, the Main Lodge offers an environment with very few distractions—meaning no phones or WiFi. That’s just fine because nature is the main attraction at all Kaloloch accommodations.

Our party of three stayed in a two-bedroom cabin with full kitchen. Located on the edge of the bluff overlooking  Kalaloch Beach at the point where Kalaloch Creek empties into the ocean, it was an excellent spot for admiring the ebb and flow of ocean water and for walking onto the glassy-smooth sand at low tide.

Gorgeous reflections of sky and clouds shimmered on the mirror-like surface, especially on our last night there. A gazebo and community fire pit on the bluff provided additional family-friendly opportunities. A bonus: cute bunny rabbits frolicked around our back yard, entertaining us with their antics. 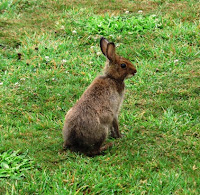 Accommodations also include Seacrest House which offers motel-style rooms with private patios and balconies that face the splendid, often thundering, beaches. Nestled in a conifer forest just a short walk from Kalaloch's Main Lodge, Seacrest is the most secluded.

Beautifully weathered driftwood still washes up on the shore, and people still flock to the Main Lodge to see it. The Main Lodge is also a place to meet other travelers, purchase items from the mercantile store, or dine on locally sourced dishes at Creekside Restaurant. At dusk we enjoyed spectacular sunsets and reflections on the slick beach at low tide.
After a day spent trekking in the Hoh Rainforest and River region, Kalaloch Lodge was an excellent base from which to explore nearby Rialto Beach, Ruby Beach, and the Quinault Rainforest. There’s a 28-mile scenic Quinault River Road, which is definitely worth driving for a couple of hours (with stops). Despite a sometimes heavy rain the day we visited, the short Maple Glade loop—with magical visions in multiple shades of green—fuzzy, lacey, and furry textured varieties of foliage--was one of the prettiest trails we saw on the trip.

Located in Queets Valley, this amazing area is also called “Valley of the Rain Forest Giants” because it contains the world’s largest Sitka spruce, western red cedar, Douglas fir, and mountain hemlock. It also claims the largest yellow cedar and western hemlock in the United States.

Whew! That’s a lot of big trees, but it’s understandable when you consider that the region can get up to six feet of rain a year.

You’ve been in the car or the plane for hours, your back is aching and your legs are stiff and sore; you can’t wait to stand up and get moving again. We’ve all been there. This summer, plan for a pain-free travel experience by making small changes that can make a big difference in how you feel once your reach your destination, advises the American Chiropractic Association (ACA).


"Prolonged sitting causes a buildup of pressure in the blood vessels in your lower legs, which causes soreness," explains Scott Bautch, DC, president of the ACA Council on Occupational Health. “Simple moves, such as stretching or contracting and relaxing your muscles, can increase blood flow.”
“Treat travel like an athletic event,” he suggests. “Warm up before getting into a car or on the plane, and cool down once you reach your destination. Taking a short, brisk walk to stretch your hamstring and calf muscles before and after a long trip can help prevent problems.”


Consider these additional tips for healthier travels:
Travel by Car 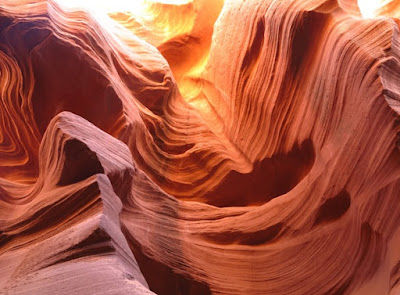 Named a Travel Channel Best Road Trip in 2015, the Page-Lake Powell area on the border of Arizona and Utah offers some of the best scenery and recreational opportunities in the country. A large part of that distinction is because Page is known as home of the Navajo reservation, gateway to Grand CanyonNational Park, and a houseboat haven on Lake Powell. 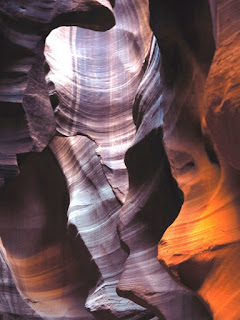 But for people who love and appreciate the magnificence of nature's handiwork, perhaps the town's best claim to fame is Antelope Canyon. 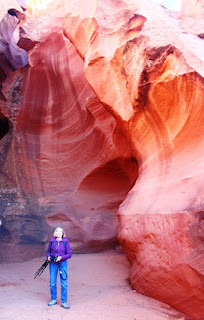 You've probably seen pictures of Antelope Canyon without realizing where it is. It is one of the most photographed canyons in the world for calendars, magazine covers and artistic prints. In fact, it was the subject of a photo that sold for a record $6.5 million in 2014.


Read more about this incredible destination and photographer’s nirvana in my article for Dallas Morning News:
https://www.dallasnews.com/life/travel/2017/05/30/every-step-wow-moment-arizona-canyon

Get your thrills up in the Air

Ready for a new adventure? Think up — as in zip lining, skydiving (from an airplane or indoors), swinging on a trapeze or Flyboarding.
﻿
Ready to try something out of your comfort zone? Read about an abundance of ways to get your thrills — with your feet off the ground--in my article for Austin American-Statesman. http://www.mystatesman.com/travel/thrill-seekers-can-find-fun-the-air-across-texas/tgOpnOOiTSj5rNRNvHiHRN/
Each of these activities involves minimum risk for people of average fitness. Just bring a sense of adventure and a willingness to try something new. The best part: You’ll gain self-confidence — and bragging rights — for your accomplishments.
Photos by Larry Burmeier
﻿
Posted by Beverly Burmeier at 2:23 PM No comments:

It's hard to imagine that one park can encompass such geographical diversity. But that's what attracts visitors to Olympic National Park in Washington state. In addition to its national park status, this million-acre park has been designated as both a World Heritage Site and an International Biosphere Reserve.

After spending several days in the mountainous regions of the park, we headed out to explore old-growth rainforests.

From the Hoh River in Olympic National Park, we headed to Kalaloch Lodge on the Washington state coast, where we would spend a couple of nights in order to explore more waterfalls and scenery in the Hoh Rain Forest section of the park.
This is a temperate (not tropical) rain forest, which means it is shady and cooler in temperature but still immensely verdant. Among the thick foliage—a tangle of low-hanging drooping branches curving upward in search of sunlight—we saw many different kinds of mosses in various shades of green.


Everywhere we see the cycle of nature: growth, death, replenishing. Fallen trees provide food for the next generation of plants and for forest critters that chew on decaying wood.
Our hiking goal was the waterfall on Hoh River Trail. Surprisingly, few folks walking on the trail seemed to know about it, but after more than two hours we found the waterfall. At the water’s edge, I splashed my hands to check the temperature—it was quite cool for early September.


The weather was damp, with rain drops dripping from tree branches long after actual rain had stopped. We took our time to enjoy and photograph the immense variety of flora, including 24 species of plants found nowhere else in the world. The path was not too difficult, just long and messy with enough diversions to slow our pace.
On the return we stopped just off the trail, found “natural” seats (fallen tree trunks) and scarfed down our packed lunches. As for wildlife, we only saw one elk in the woods, although surely there were more staying out of sight.


After leaving the rain forest and heading down the Washington coast later that day, we stopped at Ruby Beach, so-called because tiny bits of garnet crystals in the sand give it a rosy glow in sunlight. At this scenic beach just off U.S. 101, the shore broadened into a wide expanse of glistening sand as the afternoon tide retreated from the rugged coastline.
Children were climbing on large sea stacks, rock formations in the water that shelter a variety of plant and animal life like crabs, anemones, mussels, and barnacles. Tidal pools also host animals tough and adaptable enough to live in the harsh conditions. The smooth sand, just dampened by the receding tide, provided amazing reflections that are among our favorite photographs.


Back at Kalaloch Lodge cute bunny rabbits scampering around the backyard of our cabin made us chuckle. The beach just below the cliff on which the cabin was perched invited us to take a stroll.
Sea breezes  and the setting sun created lovely striations of pink, yellow, and blue in the sky above the water—the perfect ending to another day of discovery.
Photos by Larry and Beverly Burmeier
Posted by Beverly Burmeier at 8:00 AM 1 comment: