How do you relax on vacation? 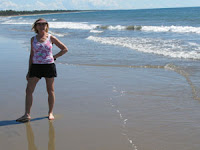 Do you spend vacations chilling out or maximizing your fun time? If you’re like most Americans, you get up early and get going rather than sleeping in. That’s a surprising fact uncovered by a survey recently commissioned by Princess Cruises.

The so-called “Relaxation Report” revealed that 55 percent of Americans put a priority on pursuing leisure activities versus sleeping late. Even so, 60 percent preferred a go-with-the-flow itinerary rather than a set schedule of activities (I’m among the 40 percent that prefers having a plan). Where do vacationers like to unwind? The beach, according to two-thirds of respondents--with a good book (unless you’re from the Midwest, then bring a magazine), a drink (beer for men, wine for women), or music (country music won out in this contest). Of course, for Texans, the music choice isn’t surprising.

Watching television and exercising as ways to aid relaxation received votes from a scant 15 percent of men and fewer women. Contrary to popular belief, mindlessly surfing the Internet (nixed by 97 percent) or flipping from one television channel to another (opposed by 87 percent) are not great ways to relax on vacation. I’ll give props to anyone who can stay unplugged the whole time they’re gone. 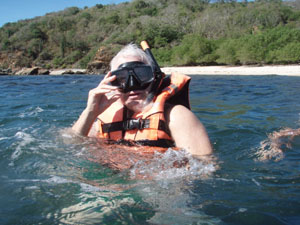 Would you rather view a lovely sunrise or sunset? If you’re from the Northeast, you’re likely to rise and shine to see the sun appear, but vacationers from the Midwest or South prefer sunsets. Watching the sun go down can be the perfect mood-setter after a rejuvenating day. 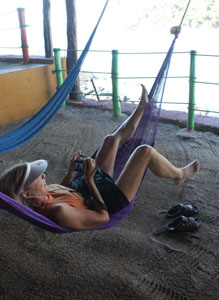 How do you know when it’s time to get away? It’s a toss-up between being tired (30 %), cranky (28 %) and restless (22 %). If you’re feeling any of those emotions, just planning your next excursion can relieve some of the stress. If you’re looking for some R and R during the upcoming holiday season, consider booking a cruise (but do it now!).

As the survey shows, relaxation means different things to different people. As all-inclusive vacation spots, modern ships can provide exactly what you need, whether that means doing as little as possible onboard or creating an adventurous trip with active shore excursions.

Very interesting -- and encouraging -- survey results. Thanks for posting them. Personally, I'm with you on wanting a plan (to make sure I fit everything in), though with a bit of room for serendipity. For me, vacation is all about discovering things and learning things and seeing and doing new things, so I tend to hit the ground running. While I cherish sleeping in on days off at home, I'll get up early while on the road, just so I don't miss anything. It's such a big world, and there is so much out there to discover, I don't tend to spend much time sitting around when I'm on vacation -- but to me, not being in front of the computer and completely breaking with routine are the things that are most relaxing.