In Argentina, you gotta tango

One of the best ways to get a feel for local life when traveling is by sampling popular passions.  In Buenos Aires, Argentina, that means learning to tango.  That’s why I ended up in a tango class, trying to contort my gringo body into Carmen-style sultriness. 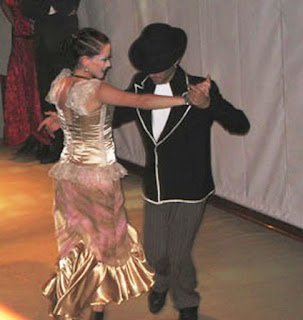 The passion inherent in the tango has inspired an entire culture in this romantic South American city—a culture with all the charms of Europe but without the high price tags.  Buenos Aires is a bargain for travelers, whether the city is a port on a cruise or your primary destination.

Our first night in Buenos Aires my husband Larry and I put on our dancing shoes for an evening tour that included group lessons on basic tango steps followed by a professional performance and traditional steak and wine dinner. Classes are offered at local tango clubs or private dance studios, but the idea of a reward—dinner and a show—was too appealing to pass up. 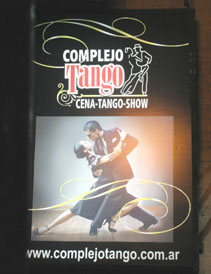 We arrived at Complejo Tango for our introduction to this famous form of art and entertainment. Listening to the music’s beat, we mimicked our instructor’s slinky walking steps and quick kicks.  We learned to shuffle our feet to the music, moving our bodies somewhere between graceful and gawky, but nowhere near the agile, athletic moves we later saw in a professional performance.  Twirls, spins, and dips (best left to the experts) are performed with only the lower body moving, a challenge from the start.

We never got past the so-called Tourist Tango—strolling to the music--but that’s all we expected from our introductory class.  Still, we learned that tango is an intricate, precise partner dance, and the need for connectivity explains the saying “It takes two to tango.”

Birth of a national dance

As one of the richest countries in the world during the early 1900s, Argentina attracted immigrants from many nations and became a melting pot of cultures. Music united people from different heritages, and tango reflected a blending of rhythms brought from Africa and Europe.

Rooted in tenements populated by transplants, the tango was originally performed by men and was once considered scandalous.  Shunned by polite society in Buenos Aires, the dance was transported to Europe when wealthy parents sent children across the ocean to become educated and cultured.  Tango was the first couple dance seen in Europe and became quite popular, creating a craze of new fashions and social events in cities like London and Paris. 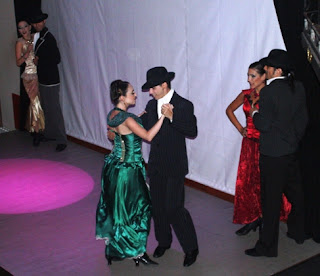 Eventually the passionate and flamboyant style of tango was welcomed back to Argentina. From the mid-1930s on, practically everyone in Buenos Aires danced the tango—and it’s still embraced by various socio-economic groups. Over time, it has evolved into the glamorous choreographed dances presented today by women in slit sequined skirts and men in tight pants and fedoras. 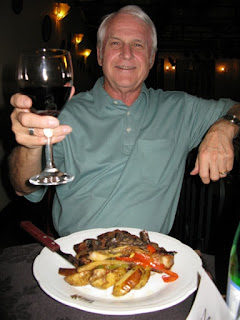 Shows are available nightly in hotels, clubs, and ballrooms.  Most feature dances that highlight the history of tango through movement. Live music accompanies svelte dancers clad in glittering costumes and floaty feathers as they twist and turn their nimble bodies, quickly changing directions in moves that we could only dream of emulating.

A dance for everyone

Although graceful and glamorous dancing entertains visitors, tango isn’t just for show. It’s a popular dance with portenos (local residents), who twirl around in milongas (dance halls) in a social version as different from the professional performance as ballet is from the Texas two-step.

More than 70 milongas located all over the city are available every week for locals and visitors to sample. Unwritten rules dictate that men and women sit separately, and a nod of the head is an invitation to dance. Improvisation, close embrace, and small steps characterize the best tango dancers.  The elegance of finely danced tango is a joy to watch, even from amateurs.

Tourists can step out on the floor of milongas—if they’re brave or skillful enough (you gotta have those lessons) and willing to stay up late.  Local dances don’t really get swinging until 11 p.m. and last until wee hours of morning.

If that’s too late for you, there are dancing opportunities in afternoon milongas.  Where you go for social tango depends on factors such as your age, dance style, formality desired, and time of day or night.  My preference?  People watching while sipping a refreshing drink. 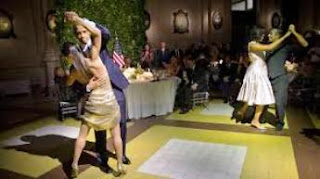 Making the most of your visit

Buenos Aires is often called the Paris of South America because it has the cosmopolitan look and feel of Europe.  Food and drink are especially good and reasonably priced. You’ll want to sample the uncommonly flavorful Argentinean beef and wines for which this region is famous --red Malbecs and white Torrontes.  Buenos Aires is a very walkable city, with plenty of historic sites and modern shopping opportunities.  If you’re adventurous, rent bicycles to extend your explorations.

Photos from free sources and by Larry and Beverly Burmeier