Living in central Texas we don’t think much about winter weather affecting our travel plans. But if you’re flying to a northerly destination, ice or snow could wreak havoc on your plans. 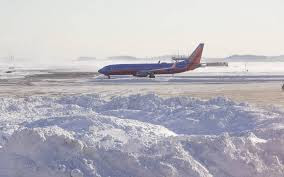 It’s not just weather in the city that you’re flying into that can be a problem. If the plane you’re taking is scheduled to arrive from an airport that’s experiencing a winter storm, it may not be able to arrive on time—so you won’t leave on time, either. If the unthinkable happens in a southern city such as Austin and the plane needs de-icing, the flight could be significantly delayed as the airport may not be set up to handle that situation efficiently.


In fact, you could be delayed a day or more, not just hours. Or the flight could be cancelled. Spending a night or two in an airport isn’t fun for anyone, and airlines often run out of available hotel rooms for which they might offer a voucher (if you’re lucky!). So think about a back-up plan before booking your flight.
Of course, no one can predict what the weather will be when you plan a trip months in advance. But if the situation looks dicey a day prior to travel, consider booking another flight to an alternate (still close) airport or on a different airline. Yes, that means you have two reservations for the same trip. 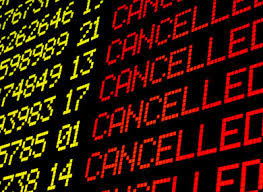 Many airlines let you cancel a reservation within 24 hours of making it with no charge. Others might charge a fee but reimburse you later. Just be sure you know the cancellation policy in case your original flight is able to go as scheduled.
Another option is to contact the airline ahead of time and ask to be rerouted or rescheduled because of weather conditions without additional cost to you.  The airline might be willing to accommodate your request if it looks like hundreds or thousands of delays and/or cancellations are imminent. On a trip abroad last year we were scheduled to fly through Atlanta just as a hurricane was approaching the East Coast. At my request the airline rerouted us through Detroit, so we missed the madness and confusion taking place in the Atlanta airport at that time. 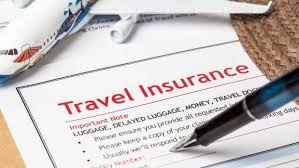 Consider purchasing travel insurance for any parts of the trip that are pre-paid and non-refundable.  That might include flight, hotel, rental car, or excursions--but don’t include anything that is refundable. Just be sure to buy the insurance prior to travel and print out a summary of your policy with contact numbers to take with you. If you get stranded it’s a good idea to check on what the insurance will cover while deciding what course of action to take.
You can get insurance through a travel agent, the airline, or purchase it yourself online from many reputable companies. Check with consolidators and comparison sites to get the best policy for your needs at the lowest price. (I like QuoteWright). Policies are generally based on cost of the trip and age of the insured person.


If you paid for your flight, cruise, or tour with a credit card, check to see if travel interruption, delay, and lost baggage coverage are included on that card. Quite possibly, you already have insurance and just aren’t aware of it.
Images from free sites.