On being kind when traveling

Travel can be fraught with all kinds of unfortunate happenings, maybe as simple as needing directions back to your hotel or as traumatic as needing help navigating a foreign medical system during a serious illness. 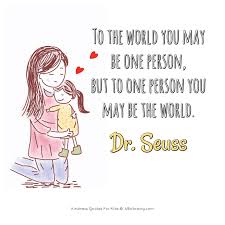 I’ve been the beneficiary of several travel angels during decades of hop-scotching across the planet and will share a few of my stories in future posts. In the meantime, here are ways others have shared good will, which might inspire you to look for opportunities to be someone else’s angel.

The science behind random acts of kindness

A recent survey by Dignity Health, one of the largest health systems in the United States, found two out of three Americans say that a smile or greeting from another traveler would make them feel less stressed while traveling. A majority of travelers (75%) say they've done something kind to make another traveler's day better. 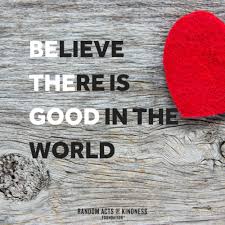 "Kindness also eases anxiety, which is usually already elevated when we travel during busy times like the summer season," says Sara Whatley-Dustin, a physician from Camarillo, Calif.

And that's particularly true for this summer, when there's so much uncertainty and fear. Travel angels are a much-needed part of flying, driving and cruising.

It isn't just travelers who are committing random acts of kindness as the stressful summer travel season gets underway. Travel industry employees are also showing their charitable side. Maybe it's time to recognize these unexpected acts of humanity.

Employees are travel angels, too

Jess Ekstrom, a professional speaker from Raleigh, N.C., remembers arriving in Philadelphia late one night. She waited for the car rental shuttle outside the terminal. "It was dark, the waiting area wasn't well lit, and I was standing by myself," she recalls. She felt unsafe.

"An Enterprise shuttle came by, and the driver parked his shuttle and waited until the right shuttle pulled up so I wouldn't be standing out there alone," she says. She says she'll always rent from Enterprise. 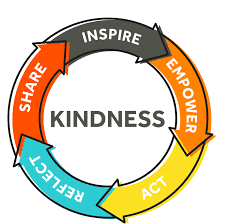 Sometimes the travel angels work in the lost-and-found department. They did at the Staybridge Suites Rapid City when one young guest lost a beloved stuffed giraffe. The hotel's general manager, Patricia Redder, says her team went to great lengths to find the owner.

Have you met an angel during your travels?

Silvana Frappier recently offered to help a fellow passenger on a flight from Boston to São Paulo by way of Miami. The woman was overwhelmed by the stress of travel and quickly handed her three-month-old to Frappier, the owner of a video production company in Boston. She promised to help the woman when they changed planes in Miami. 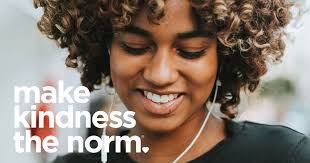 Crew members noticed her random act of kindness. She received a boarding pass in Miami with a free upgrade to business class. "A flight attendant told me that they'd noticed my kindness and that they wanted to pay it back with kindness," she remembers.

I met a travel angel, too. She owned the Vrbo apartment I rented in Nice, France, last March. When the pandemic struck, Luisa canceled all of her upcoming reservations so that my kids and I had a safe place to wait out the lockdown. She checked up on us regularly to the point where my kids started to call her Aunt Luisa. She was the best.

Mollie Krengel, a frequent traveler who curates a travel guide website, says in today's world, random acts of kindness are contrarian and even surprising.

"It reminds us that humanity does exist," she says. "It proves the exact opposite of what is reported on the news each day. When you travel, you realize how wonderful people truly are." 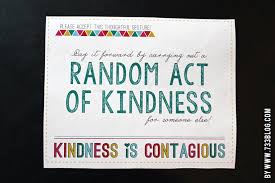 You can be a travel angel

Spread the love. If you have elite status, consider giving other passengers some of the riches. It happened to Jamie O'Donnell, an event planner from Orlando, on one of her first flights after graduating from college. Out of the blue, a ticket agent handed her a first-class ticket. Turns out a stranger had quietly redeemed on her behalf an upgrade that was about to expire. She'll never forget the kind gesture. "I had never flown in first class in my life, it always seemed so out of reach, like something I would never be able to do," she says.

Pay it forward. One easy way to do good is to pay for a stranger's food or beverage. That's what Nicole Sunderland, an Instagrammer from Washington, D.C., does. "When I get a coffee, I always pay for the person behind me without them knowing," she says. "Someone did it for me years ago and I never forgot how it made me feel." 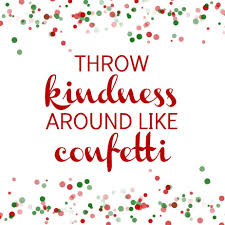 Go above and beyond. If someone asks for help, consider going the extra mile. Catherine Gregory remembers flying into Lima, Peru, a few years ago. "I asked the Peruvian couple next to me on the plane for advice on how to navigate the taxi situation," recalls Gregory, a writer from Portland, Ore. "To my surprise, they didn't just give me instructions. They brought me through customs and rode with me in the taxi, making sure I got inside the hotel before they continued home. I'll never forget their kindness in going above and beyond."

Article by Christopher Elliott, whose latest book is “How To Be The World’s Smartest Traveler” (National Geographic). This column originally appeared in USA Today.

Acts of kindness really do make all the difference as to how I perceive a place. In Tokyo, for example, I merely had to pull out a map and people came to help. It makes such a positive impression when locals make an effort.