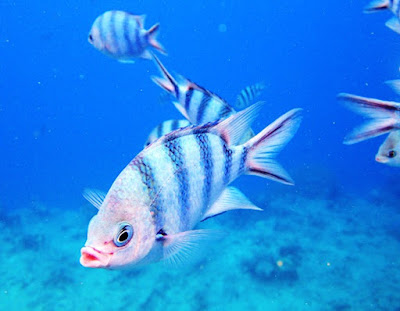 If you love snorkeling, as Larry and I do, we’ve got some beautiful pictures for you. During our recent cruise across the Pacific Ocean towards Australia, we stopped at several islands where snorkeling was our activity of choice.

Overall, there’s no better place to see beautiful coral and fish than islands of the South Pacific. While not all the islands have wonderful white sand beaches, many have lagoons protected by massive coral reefs. This makes for ideal snorkeling conditions (or diving, if you’re certified). 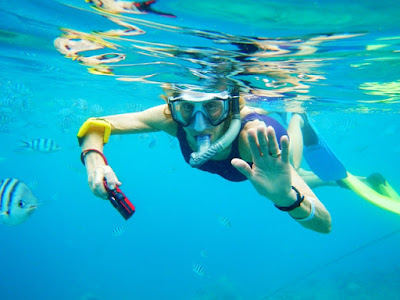 One port where we had a snorkeling excursion was Lautoka, Fiji.  Lautoka is the second largest city of Fiji and is located in the west of the island of Viti Levu. Known as the Sugar City because of its sugar cane farms and mills, Lautoka also offered equally notable snorkeling featuring a variety of coral species as well as fish. It provided our first set of outstanding underwater photos on this trip (more destinations to be described later). 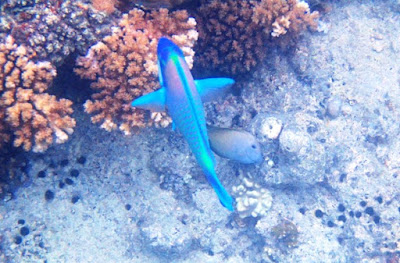 One afternoon we took a speed boat ride to Beachcomber Island, so we were able to get there in half the time of a catamaran. The large passenger boat sped through translucent waters, while we enjoyed views of mountains and seaside villas of Viti Levu. On arrival at the island, those who wanted to snorkel boarded another boat for a short ride to a coral reef. Others could stay on Beachcomber Island to swim, snorkel, or just relax. 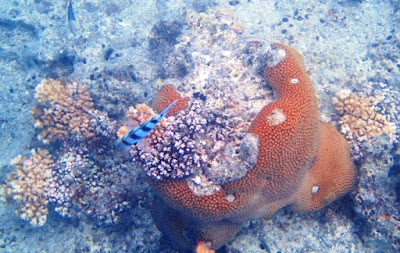 We gathered our gear (equipment provided if needed, but we bring our own) and were off to the reef. There we were rewarded with bountiful views of beautiful fish—tiny blue fish darting around, tiger fish with black stripes, schools of small black fish, larger iridescent fish sashaying their way through the water, and gorgeous rainbow-colored fish (wish I knew all the real names!). 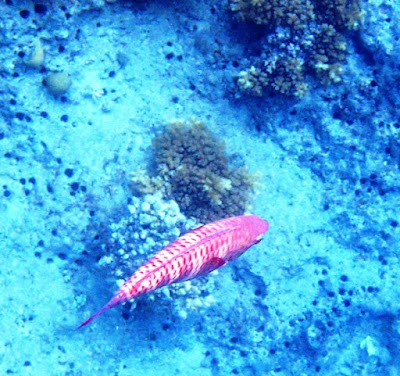 For us the task was to photograph these ocean creatures quickly with our underwater cameras before they sped out of sight or disappeared into deep water on the other side of the reef. Of course, we took time to simply float and observe these spunky marine creatures, sometimes following a sparkling fish that caught our eye. In addition, there was ample coral to admire. 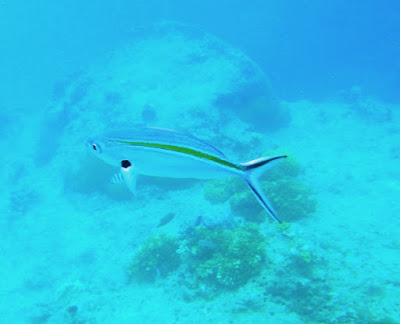 I hope you enjoy this sample of photos that Larry and I took during that excursion. 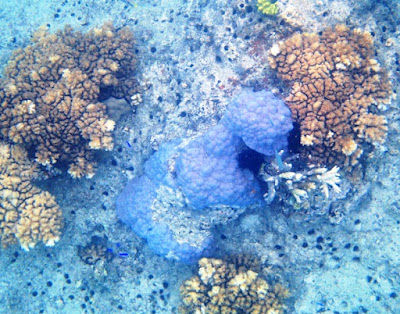 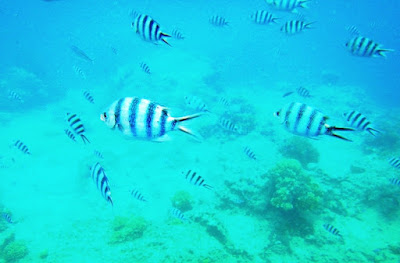 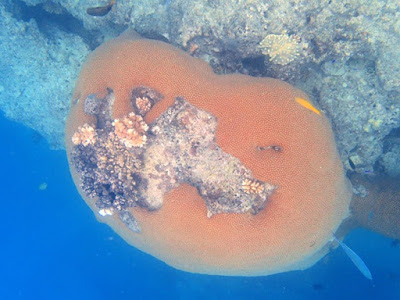 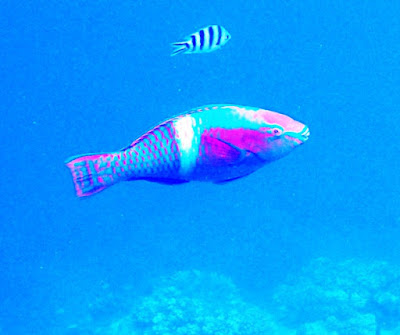