Popular low-cost carrier Norwegian Air recently announced that it will now focus on operating a European short haul network with narrow body aircraft. Like other airlines, its fleet is now mostly grounded as the pandemic has caused a near-total halt to global travel. The plan affects Norwegian’s flights to the United States and means it will cut its fleet from 140 aircraft to about 50.

You never fly on discount carriers? So that doesn’t matter to you? It should. Scott Keyes, founder and chief flight expert at Scott’s Cheap Flights, explains what Norwegians decision could mean for other airlines. He explains the situation:

“Woke up to sad news that Norwegian Airlines is ending US to Europe flights. I'm not here to eulogize the airline—I flew them once, it was fine—but rather to explain how they helped usher in what I call the Golden Age of Cheap Flights.

Until recently, budget airlines only flew within one country (think Spirit) or one region (think Ryanair). But in 2014, Norwegian did something pretty revolutionary: long-haul budget flights. US-Europe flights used to average $900+. Norwegian started selling them for $300. Price is the number one factor when travelers choose which flight to buy, and it's not close. 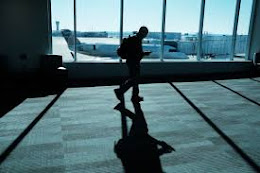 Before Norwegian, transatlantic flights were quite expensive because they faced no competition from budget airlines. After 2014, US-Europe fares went into freefall on *all* airlines. Delta knew that if they continued to charge $900 for a flight Norwegian was offering for $300, they would get their lunch eaten.

Instead, Delta (and all legacy airlines) began competing with Norwegian on price, regularly dropping their US-Europe fares to $300/$400. So let's all pour one out for Norwegian, the pioneer that helped us all enjoy cheap long-haul flights these past 5 years. Even if you personally never fly budget airlines, the fact that they drive down fares industry-wide is why they're still great for you."

Scott’s Cheap Flights also recently published results from surveying members in its second annual report. Here are some of the highlights:

2021 will be a big year for travel, as long as it’s safe. Although travel was curtailed in 2020, the collective wanderlust of travelers is still front and center. People are excited to get back out there, and they hope to do so safely. The vast majority expect to travel both domestically and internationally in 2021 but will often chose locations with Covid safety in mind.

Price is still the biggest factor in where people go and why they choose flights, along with recommendations from family and friends.

The deals will keep coming. 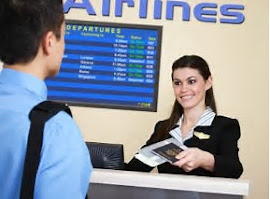 While the pandemic did bring about a decrease in prices on many flights, it didn’t lower prices on all flights or for all routes or destinations. The real story is more complex. Prices fell for some routes and travel times (summer, holidays), but more Mistake Fares seemed to pop up. Prices actually increased for some destinations. Despite those fluctuations, Keyes believes we are still in the Golden Age of Cheap Flights—and he doesn’t expect that to change anytime soon.

Now is a great time to start planning travel for 2021 and 2022. Hopefully, you can catch a super deal on air and start dreaming of your next trip. Anticipation is good for the soul!

Information courtesy of Andrew Hickey, Senior Public Relations & Social Media, Scott’sCheap Flights. Disclosure: I am not a member nor do I receive special consideration from this business.