Larry and I are sound asleep when we hear noises in the hallway of our hotel. Then there’s a brisk knock on our door. Sure, we had put out the “Do Disturb” sign before retiring, but we really didn’t expect that to happen. 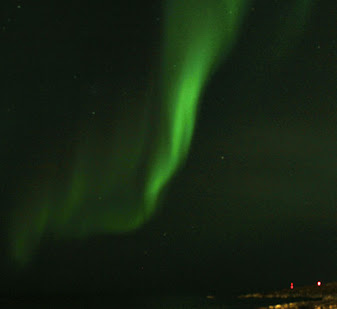 It’s 12:45 a.m. and the Northern Lights are visible.  Aurora Borealis.  In October.  We jump out of bed, throw on the clothes laid out for morning, and rush outside to the waiting van.

It’s Halloween, but there are no goblins tricking us. Tonight it’s all treat.

We only have to go about four blocks to find a spot with open views of the sky. Stars twinkle in the clear night air—and it’s really cold, at least for us Texans. But cold, clear weather is the right condition for seeing the Northern Lights. Thing is, that usually doesn’t happen in until January or February. 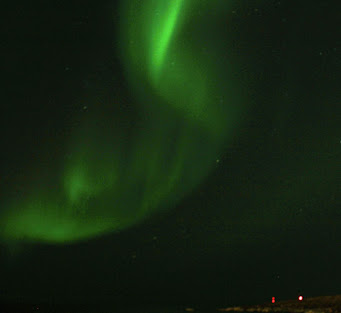 We are in Churchill, Canada—almost 1,000 miles north of Winnipeg—to see polar bears. Our first full day on the tundra in a Polar Rover yielded about 20 bear sightings. We saw bears sparring (play-fighting) on their hind legs, mama bears with cubs, and a variety of sleeping and strolling bears that have migrated to Hudson Bay. 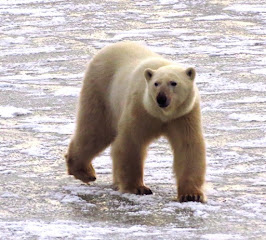 If we did not see another bear, I would consider the trip successful. But we see even more the following day. This is the middle of polar bear season, a six-week period when the bears congregate in a rather tight area while waiting for Hudson Bay to freeze over so they can hunt seals and fatten up before winter. We feel very fortunate to have the opportunity to observe bear behavior and to photograph these magnificent creatures.

But we hit the jackpot. A gleaming green curtain of light illuminates the sky. I’m amazed by the spectacle. Then I turn around—and realize that the green streak reaches from one horizon to the other. The Big Dipper sparkles just above a portion of the emerald streak.

A natural phenomena, the Northern Lights are caused by large numbers of electrons that stream from the sun towards the Earth along a magnetic field and collide with air particles in our sky. The resulting light, most commonly green, is colored by gases in the atmosphere. 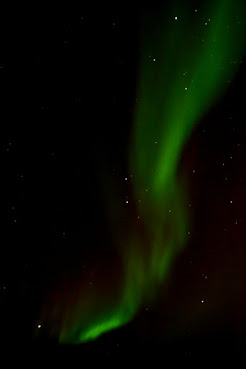 We stand in the dark for half an hour, watching the green glow as it changes subtly with the winds—fading slightly then reappearing in full force. I try to take photos, but I don’t have a tripod and my point-and-shoot camera can’t capture the brilliantly moving light against a dark background. So I just try to etch the scene on my memory and remember how lucky we are to see this remarkable sight.

Now, I’m contemplating a trip to Alaska in the winter, when such things are allowed, to view the Northern Lights through the fiberglass roof of an igloo-shaped cabin. I can only imagine how amazing such a sighting would be as I lay in my warm, cozy bed!

Churchill is such an amazing destination. I've been there at least 6 times and always have a different adventure each time I visit.

Doreen, I envy that you have been to Churchill so many times. It's truly amazing. Robert, we were fortunate to see the Northern Lights, especially since this was late October, which us not usually cold enough. Someday we may take a Northern Lights tour to see more.