Longtime Texans have an innate understanding of the uniqueness of their state--and Austin perfectly illustrates that mindset. If you're looking to visit a city that's a little out of the ordinary, here a few reasons why Austin should be your destination.

Only in Austin would flying bats become a bona fide tourist attraction. From March through October hundreds of people gather every evening at dusk on and around the Congress Avenue Bridge to watch an enormous black cloud of millions of Mexican free-tailed bats stream out from crevices under the bridge and fly away for their nightly feast of mosquitoes and other insects. 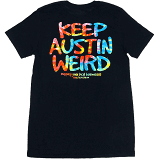 Drive around Austin, and you’ll see bumper stickers, T-shirts, and billboards proclaiming this unofficial city motto. It’s a sign of the quirky character Austin residents love and nurture. After all, the city created Spamarama, a festival that pays homage to canned meat, and Eeyore’s Birthday, a spring event honoring the sad-faced character from Winnie the Poo.

Live Music Capital of the World 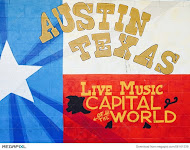 On any given night, the sounds of blues, country, rock and roll, jazz, and folk blend in Austin’s famous music districts that attract patrons into 100 plus smoke-free establishments. The hip, college-age crowd generally drifts to boisterous Sixth Street, while the Warehouse District along Fourth Street attracts a supposedly more mature audience. You’re not an authentic Austin music junkie until you’ve joined ranks with hordes of attendees at South by Southwest or Austin City Limits Festival.

There’s a strange cult of armadillo lovers around Austin, to the extent that this armor-plated critter than neither hears nor sees very well has been adopted as a mascot.  Affection is evident in many things that bear this recurring symbol of whimsy: Art works, games, puzzles, toys, T-shirts, and jewelry contain the animal’s likeness. 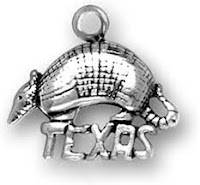 Austin’s science fiction convention has taken the name of ArmadilloCon. For more than 50 years residents have shopped the Armadillo Christmas Bazaar, which began as a special event at the famous Armadillo World Headquarters, once the hottest club in town and still a legend long after its demise.

Austin is a gateway to one of the state’s best-kept secrets, the Hill Country of Central Texas. Northwest of the city is Lake Travis, a favorite recreational spot.

With topography ranging from rocky ridges and gentle rolling hills to fertile ranch lands dissected by numerous rivers, creeks, and lakes, the region offers many surprises to outdoor enthusiasts.

Several state parks in the area, stunning scenery, fields of wildflowers (including bluebonnets, the state flower, in spring), and abundant wildlife bring city dwellers to the country year round.

Photos by Larry and Beverly Burmeier and from free sources.